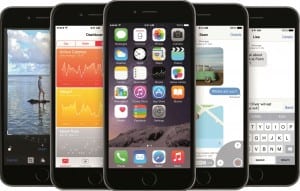 Gadget giant Apple takes 30% of everything spent on its app store, but it’s halving that rate for anyone who earns let than $1 million per year.

Inevitably Apple is positioning this as a piece of philanthropy so generous it brings a tear to the eye. “Small businesses are the backbone of our global economy and the beating heart of innovation and opportunity in communities around the world,” said Apple CEO Tim Cook. “We’re launching this program to help small business owners write the next chapter of creativity and prosperity on the App Store, and to build the kind of quality apps our customers love.

“The App Store has been an engine of economic growth like none other, creating millions of new jobs and a pathway to entrepreneurship accessible to anyone with a great idea. Our new program carries that progress forward — helping developers fund their small businesses, take risks on new ideas, expand their teams, and continue to make apps that enrich people’s lives.”

That puts all the talk helping the plucky underdog into a different perspective, doesn’t it? “Today’s announcement means that smaller developers will now enjoy a bigger slice of the Apple pie,” said Aude Barral, co-founder of developer recruitment platform CodinGame. “It’s also a smart strategic move by Apple to incentivise more app-makers to focus on the Apple store in the competitive smartphone and tablet market. On the other hand, cynics will say this announcement was conveniently timed, diverting attention away from ongoing legal disputes that Apple is tied up in.”

Some people are just so cynical. How much effect this move will have on the legal heat Apple brought on itself by refusing to meet Epic in the middle is questionable, but it’s typical of the company to portray itself in such a messianic way. Having said that, the concession will presumably be welcomed by smaller developers and deliver some positive PR without having to spend much to earn it. So it’s a smart move on the whole.