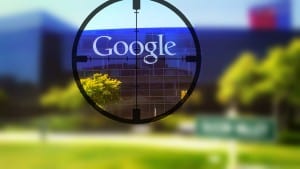 As day follows night, what happens in the US usually happens a little bit later here in the UK. The latest example: increased regulatory scrutiny of Internet giants.

The government on Friday announced that it will establish a new watchdog within the Competition and Markets Authority (CMA) charged with curbing the dominance of the likes of Facebook and Google. Called the Digital Markets Unit (DMU), it will have the power to introduce and enforce rules designed to protect innovation and promote competition among online platforms.

“Digital platforms like Google and Facebook make a significant contribution to our economy and play a massive role in our day-to-day lives,” said business secretary Alok Sharma, in a statement. “But the dominance of just a few big tech companies is leading to less innovation, higher advertising prices and less choice and control for consumers.”

Due to launch next April, one of the DMU’s first tasks will be to draw up a new statutory code of conduct. Dominant players like Facebook and Google will be given ‘strategic market status’ and will be subject to the new rules. The DMU will have the power to suspend, block and reverse activity undertaken by tech giants that violates this code; it will also be able to fine them for non-compliance.

Among the activities that fall under this code of conduct will be commercial arrangements between publishers and platforms. The DMU wants to ensure news outlets are able to monetise their content and keep the lights on.

“But there is growing consensus in the UK and abroad that the concentration of power among a small number of tech companies is curtailing growth of the sector, reducing innovation and having negative impacts on the people and businesses that rely on them. It’s time to address that and unleash a new age of tech growth,” he said.

Establishing the DMU is one of the six recommendations of the Furman Review. Published last year, it examined ways to improve competition in online services. Another of its recommendations – which were all accepted by the government – was to enable personal data mobility and open standards, making it easier for consumers to switch to competing platforms.

It’s similar in that respect to the EU’s newly-announced Data Governance Act, which seeks to lower barriers to the flow of data – whether that’s personal data generated by individuals, or so-called industrial data generated by machines – across borders and platforms.

Friday’s DMA announcement also brings the UK into line with the US. There, the recommendations published in October by the House Investigation of Competition in Digital Markets include mandated interoperability, enabling data portability. It also proposed forcing structural separations to prohibit the likes of Amazon, Apple, Facebook and Google from operating in lines of business that depend on, or interoperate with, their in-house platforms.

Of course, companies this size don’t take kindly to regulations that threaten their ability to generate eye-watering sums of money. A legal battle royale is in the offing, and lawyers on both sides of the Atlantic – and on both sides of the argument – are probably flicking through yacht catalogues at this very moment.