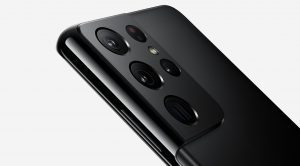 Korean tech giant Samsung decided to get its flagship launch in nice and early this year with three devices to take on the best Apple has to offer.

Samsung smartphone announcements are among the most cluttered with hyperbole and general marketing noise. The Galaxy S21 phones apparently empower you to express yourself, which is nice, and feature a ‘head-turning, iconic design’ and ‘an epic pro-grade camera’. How can something that has only just been launched already be iconic?

“We are living in a mobile-first world, and with so many of us working remotely and spending more time at home, we wanted to deliver a smartphone experience that meets the rigorous multimedia demands of our continuously changing routines,” said TM Roh, President and Head of Mobile Communications Business at Samsung Electronics. “We also recognize the importance of choice, especially now, and that’s why the Galaxy S21 series gives you the freedom to choose the best device for your style and needs.”

The three devices seem deliberately positioned to shadow the new devices launched by Apple last October, but you have to wonder why they bother since there’s minimal consumer movement between Android and iOS. The phones are already available for preorder and will start shipping at the end of the month. Here’s the official vid for the Ultra and, for the fanatics among you, the full launch event.