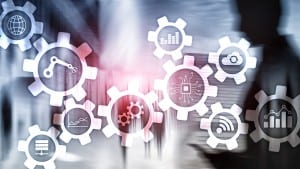 Telecoms.com periodically invites expert third parties to share their views on the industry’s most pressing issues. In this piece Mark Pegulu, VP of IoT at Semtech looks at the various wireless technologies that are contributing to the next industrial revolution.

No one wireless technology is entirely appropriate for all the applications in the next generation of the smart factory. A mix of different connectivity technologies are needed, from high bandwidth cellular with dedicated channels, Wi-Fi and Bluetooth in the unlicensed bands to lower bandwidth, long range LPWAN.

The three categories have a different reason to exist even if targeting the same industry.

First there is the high bandwidth, reliable real time requirement. 5G can provide this in factory automation applications, particularly for low latency video with guaranteed quality of service (QoS). Every application where video analysis and monitoring is used on the production line can make use of dedicated 5G channels feeding back data to the cloud without the risks of interference or lost packets. This real time, low latency capability can be delivered through private networks with a basestation on the industrial site providing all the benefits of the cellular network to the Industry 4.0 application.

5G is also a key technology for security cameras around a plant, with reliable, real time delivery of video both to the control centre and for monitoring algorithms. As cameras start to use 4K resolution for clearer, higher quality images, so the bandwidth requirements increase dramatically. 5G is an effective way to deliver these 4K images in a secure channel.

NB-IoT and Cat M are lower cost cellular options than 5G for low latency, mission critical data with lower power. These can provide a guaranteed channel in licensed band but struggle with scalability and roaming as well as battery life, but the implementation can still be costly, limiting the use to high value applications rather than those with millions of sensors.

Wi-Fi is also used for video, often for more local, server-based processing from a local camera. The move to WiFi6 and 6E in the 5GHz and now 6GHz unlicensed bands helps to open up more spectrum to avoid contention that can lead to lost packets and slower speeds.

However, the range is limited, and the power consumption can be challenging.

The LPWAN low power network in the sub-GHz unlicensed bands is well suited to battery operated sensors and is a perfect fit for the maintenance and monitoring functions across the same smart factory. Well established with energy utilities in smart metering applications, the technology is monitoring critical infrastructure such as valves, gas leak detection, electrical poles and substations as well as logistics. This can include condition monitoring of transported items, especially with cold chain monitoring.

Utilities are gathering electricity data from smart meters more frequently, ranging from five to 15 minutes with a maximum packet size of up to 1,200 bytes, perfectly suited to LPWAN applications. New protocols such as Device Language Message Specification (DLMS)/Companion Specification for Energy Metering (COSEM) that are being required have started to put pressure on the bandwidth, but French start-up Acklio, for example, has developed a way to use the protocol efficiently in smart electricity meters to use the LoRaWAN protocol.

Geolocation is a key capability that has been added to the LPWAN systems. With technologies such as LoRa Edge, LoRaWAN connectivity is combined with scanning GNSS satellite navigation signals and Wi-Fi hotspots to harvest satellite network data. This is then sent to the cloud for computation to determine the location of the asset being tracked.

Ercogener, for example, has developed an end-to-end asset tracking solution that supports the LoRaWAN protocol and is used by France’s national state-owned railway company to track shipments across the rail network.

JRI-MySirius, also in France, uses remotely configured and managed sensors using LoRaWAN to link to the Cloud to monitor the temperature of refrigerated containers for supermarkets, whether in situ or in transit. This has been deployed across a nationwide fleet of 650 vehicles.

In the smart home where there is plenty of Wi-Fi, LPWAN is being used to connect harder to reach end devices that may be in the attic or outside. LoRa, for example, is already used as the low bandwidth, reliable connection for Ring video doorbells, handling the monitoring, messaging and configuration alongside the higher bandwidth, range-limited Wi-Fi video data.

Adding LoRaWAN capability to existing networks creates a wide enough perimeter around the house to create a community network. This is happening with Amazon’s Sidewalk project.

A lot of remote areas lack cellular coverage, so LPWAN can extend coverage for low-cost sensor networks out into the field and use cellular or even satellite networks as the backhaul to the cloud.

One example of this is the Dryad network. This uses an LPWAN mesh network of smoke detectors through a forest to warn against forest fires. The LPWAN network links back to a cellular link at the edge of the forest to deliver the remote messaging.

The long range, low power capability of LPWAN networks is essential for deploying millions of sensors across the Internet of Things as part of a scalable Industry 4.0 implementation. But, these deployments also need additional dedicated high bandwidth links as well as backhaul. Wi-Fi, Bluetooth and cellular will all continue to co-exist with a range of LPWAN technologies. Each RAN technology continues to innovate, driving new use cases and new applications and helping deliver the factory of the future and the Internet of Things. 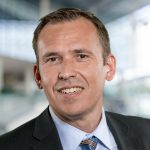 Marc Pégulu is the Vice President of Internet of Things in Semtech’s Wireless and Sensing Products Group and has been with the company for more than 12 years. Mr. Pégulu joined the company in March 2006 and was involved in several key technology initiatives, including LoRa® wireless and software defined modem technologies. Prior to joining Semtech, he held positions in chips and systems development at Thomson CSF, Thales, ATMEL, and DibCom in France and China. Mr. Pégulu holds a Master of Science degree in Electronics and Telecommunications from Institut National Polytechnique of Grenoble, France and is a graduate of the Executive MBA program of ESCP Europe.