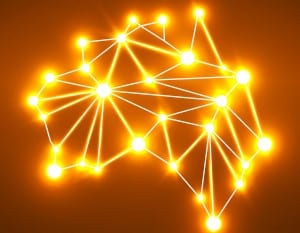 Telstra’s rival operators are getting all worked up over suggestions that the Australian incumbent could merge with state-owned broadband infrastructure provider NBN.

Optus and TPG Telecom have privately lobbied the government to block any future move by Telstra to take over NBN, the Sydney Morning Herald reported, citing unnamed sources. The government has apparently reassured the telcos that it will take their concerns into consideration, noting that the privatisation of NBN is still some way off. The operators will likely maintain pressure on Canberra regarding NBN’s future though, the paper said.

The story comes after Telstra published new details of its planned restructuring programme, something many seem determined to view as a precursor to a move for NBN.

Speaking on an analyst call earlier this week, Telstra CEO Andy Penn addressed the NBN issue, but his assertion that the telco’s restructure has nothing to do with the potential privatisation of the state business seemed to raise more questions than it answered.

Penn certainly did not dismiss the idea of a merger with NBN, he simply noted that Telstra would have to further separate its fixed infrastructure business – InfraCo Fixed – to become less vertically integrated before making such a move. He also pointed out that any move to privatise NBN is likely to be some time away, something the government itself has also intimated.

But the issue is that while Telstra is not focused on an NBN buy now, the message from the company is very much ‘not now’ as opposed to ‘not ever’ and that is – understandably – troubling Australia’s other operators.

“If NBN Co was sold to Telstra, it would be like someone selling their house but continuing to charge the new owners rent,” TPG Telecom group executive legal and external affairs Trent Czinner told the Sydney Morning Herald. “The new owners then renovate and expand the house, and sell it back for less than they paid to the original owners.”

The paper pointed out that Telstra receives around A$1 billion per year form NBN in return for access to its infrastructure, including ducts, exchanges, fibre and copper network.

Similarly, Optus’ vice president for regulatory and government affairs Andrew Sheridan referred to the “huge value” Telstra has already realised from the migration process to the NBN and warned that any change in ownership would result in more gains for the incumbent at the expense of the taxpayer.

“We should rule out this option right now before it gains further momentum,” he said, adding that it was clear from Telstra’s comments on Monday that it is positioning itself to tie up with NBN in future.