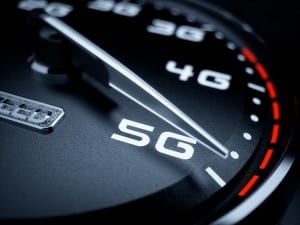 Residents of New York City had the fastest mobile data speeds in the US in the second half of last year, according to new statistics from RootMetrics.

When it comes to mobile networks, the biggest cities do not always have the fastest speeds, as the cities towards the bottom of the research firm’s latest ranking demonstrate – we’re looking at you, Houston – but at the top of the table biggest did equal best.

New York ranked first out of 125 metropolitan markets measured with an aggregate median download speed of 46.3 Mbps, which is good news for its 18.4 million inhabitants. “Contributing to NYC’s impressive speed was Verizon’s sterling 72.0 Mbps, the fastest carrier speed in any of the country’s ten biggest cities—and the second-fastest speed in any city, trailing only AT&T’s 77.5 Mbps in Kansas City, MO,” RootMetrics said, in a report released this week.

The company aggregated the median download speeds recorded on the networks of AT&T, T-Mobile, and Verizon, across 4G LTE and 5G – where applicable – technologies. 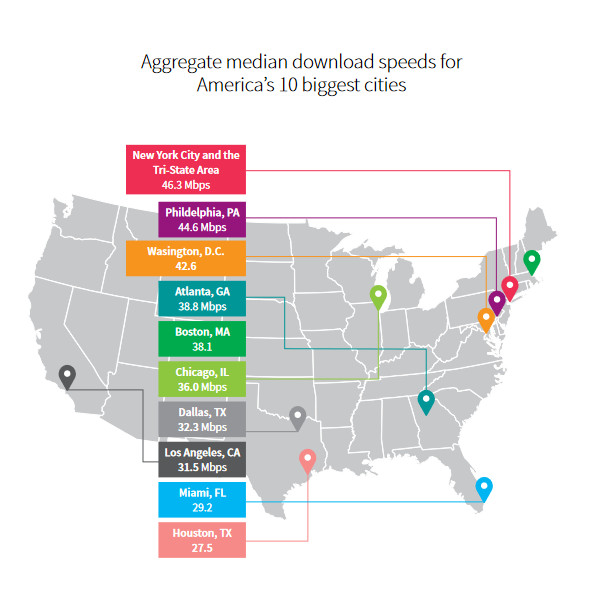 While the way RootMetrics cut its data in this report is designed to show where the best speeds can be found geographically, rather than which operator offers the best network, it would be remiss of us not to pick up the telco angle, just briefly.

The takeaway is that in areas with large populations, Verizon comes out on top. It recorded the fastest network speeds in eight of the top 10 most populous markets, while AT&T filled the other two places; T-Mobile doesn’t get a look-in.

However, it would be misleading to suggest T-Mobile is performing poorly. In the tier two cities of Atlanta, Boston and Chicago – those within the top ten in terms of population with aggregate speeds in the 35 Mbps-40 Mbps range – Verizon delivered the fastest speeds and T-Mobile the slowest, but even its lowest speed – 21.4 Mbps in Chicago – is described as “decent” by RootMetrics.

The tier three markets of Dallas and Los Angeles both had average speeds around the 32 Mbps mark, which was a shade above average and puts them roughly mid-table in the full 125-market ranking. 30 Mbps speeds are typically fast enough to facilitate a smooth gaming experience and fast file downloads, the report notes.

Below that level though, we have the tier four cities of Miami and Houston, which are the 4th and 7th biggest in the US in population terms but rank 81st and 92nd respectively in the broader league table.

“The aggregate speeds we found would still allow users to download a 600 MB movie in less than three minutes (compared to about 1.7 minutes in NYC),” RootMetrics said, noting that AT&T and Verizon both delivered strong overall speeds in each market.

When expressed in those terms, the difference seems negligible; an extra minute or so to download a film is neither here nor there. But as we move to a more real-time environment, with miniscule latency requirements, the gaps will start to show.