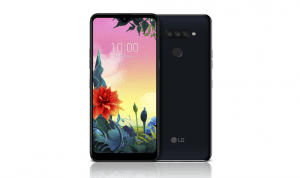 Korean tech giant LG has been struggling in the smartphone game for years and now seems likely to finally call it a day.

There’s nothing official yet, but the Korea Times is confident enough in its sources to run with the story. Having said that, a formal announcement is expected to be made after an LG board meeting on 5 April. Of course it’s quite possible that Korea Times has been misled, but it would come as no great surprise if this leak turned out to be accurate.

The anonymous sources said LG has been actively perusing an exit strategy for its smartphone business for years. LG was once a top 5 smartphone vendor but was overtaken by Chinese competitors such as Huawei and Xiaomi. There’s not much profit in being an Android vendor and you have to have the deepest pockets to maintain the scale required to make it worthwhile. The only non-Chinese Android vendor to succeed in the long term has been Samsung.

There must surely be a lot of residual value in LG’s smartphone business. As recently as a year ago it was still making optimistic noises about a turnaround, but more recently it preferred to draw attention to novel screen technology. LG is one of the major mobile patent holders, so there’s plenty of potential in a licensing division similar to Nokia’s if it does decide to stop making the devices.