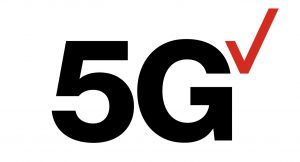 Verizon has begun deploying RAN equipment from Ericsson and Samsung to enable it to use its recently-acquired C-band spectrum.

Given how much it paid for the spectrum in question, it’s probably for the best that it is not dragging its feet. It has been well documented that Verizon was the big spender in the US C-band auction that finally drew to a close in February, shelling out $52.9 billion including clearing costs for a huge amount of frequencies; it holds an average 161 MHz nationwide.

The first swathe of that spectrum will not be cleared until the end of this year, but Verizon is keen to get moving on the rollout with a view to making its C-band-based 5G Ultra Wideband service available to 100 million people by March next year. It plans to launch in 46 markets in Q1, upping coverage over the subsequent years to reach 175 million people in 2023, rising to 250 million at an unspecified point after 2024, when its remaining spectrum is scheduled to be cleared.

The rollout entails deploying new network equipment – including basebands, radios and antennas – on existing towers, Verizon said, having recently struck deals with two of its existing towers providers to speed up the process. Last week the telco said it had inked agreements with Crown Castle and SBA Communications to bring about “process improvements including standardizing and reducing forms and minimizing legal reviews, allowing Verizon engineering teams to expedite deployment of C-band equipment.” In other words, they are red tape-cutting deals. Both agreements also set out the terms for leasing space on existing towers for C-band kit, though.

That kit will include Ericsson’s Antenna-Integrated Radio (AIR) product, which uses Massive MIMO, and Samsung’s Massive MIMO radios and fully virtualized RAN (vRAN). Executives from both Ericsson and Samsung shared the usual comments about being proud to support Verizon in its 5G rollout, while at the same time bigging up their own equipment and expertise.

“We’re moving fast, with cooperation from our equipment partners, to have everything in place as soon as this C-band spectrum is cleared for use,” said Kyle Malady, the telco’s Chief Technology Officer. “This is a massive undertaking designed to add this game-changing capability as quickly as possible to the network our customers already rely on for consistent, superior performance when they need it most.”

OK, that’s not remotely cool. But you’d be pushing self-aggrandising commentary through the PR channels if you’d just spent well north of $50 billion on spectrum too…not to mention a projected $10 billion rollout cost.

And being completely fair, having spent a few months shouting “first to market” back in 2019, Verizon is now showing real commitment to getting its 5G Ultra Wideband to as many people as possible as quickly as it can.

When the Earth is gone, at least the internet will still be working
Apptopia raises $20M to expand its competitive intelligence business beyond mobile
Helios Towers invests $200m in Senegal as African expansion continues
US does the right thing over Xiaomi blacklisting
Globe Telecom profit climbs