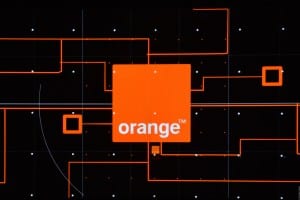 The deadline for Orange’s public takeover bid for its Belgian business is fast approaching and the telco has indicated it will not leave its €22-per-share buyout offer on the table indefinitely.

He once again made it clear that the €22 offer to minority shareholders is Orange’s best and final price, reiterating that it represents a 36% premium on the unit’s last closing price before its parent announced the buyout plan late last year. Since then, Orange Belgium has been trading at or around the €22 level.

To recap, earlier this month Orange opened the offer to minority holders with a view to taking sole control of the company and delisting it from the Brussels Stock Exchange. But shareholder Polygon Global Partners, which holds a stake of 5.29% is up in arms about the price level of the offer – it wants more than half as much again, if not more – and seems highly unlikely to tender its shares.

If, as expected, by the Friday deadline Orange does hold enough shares in Orange Belgium to be able to delist it, due to one shareholder holding out, then the unit will simply remain listed, Fernandez said.

But he was quick to point out that Orange will not wait around for Polygon to change its mind after the closing of the offer period.

It seems highly unlikely that Polygon will capitulate. This is not a question of quibbling over a few cents. The firm commissioned its own valuation study that came up with a price of €32-€36 per share, rising as high as €45 per share if monetisation of Orange Belgium’s telecoms towers is factored in.

Orange insists there is no real value in its towers, given firstly the unique structure of the Belgian infrastructure market and also that it has no plans to monetise them; they will not be included the TOTEM towers venture, it insists.

On which note, the telco had little more to divulge about its plans for TOTEM on its results call. It is working with other Orange operating units in Europe on the possibility of wrapping their tower assets into TOTEM – excluding Belgium, presumably – and will make an announcement “in due time,” Fernandez said. Once again the company indicated it expects to see towers consolidation in Europe and that it expects to be a part of that, and once again the names of Deutsche Telekom’s Deutsche Funkturm and Vodafone’s Vantage Towers units came up, but there is nothing to report at this stage.

It seems there will be very little to report on the Orange Belgium ownership situation come 4pm on Friday too.