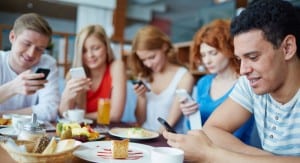 Consumer advice outfit Which has published the results of its annual customer satisfaction survey, which revealed UK MVNO customers are its happiest.

The four MNOs, which serve the vast majority of UK mobile customers, did relatively badly, with best-placed O2 still only managing fifth place among 15 providers surveyed. Three was the lowest of them, with value for money and network reliability among its perceived failings. EE and Vodafone didn’t do much better, charting in the bottom half and scoring poorly for value for money, with 7% of their customers complaining of unexpectedly high bills.

“Our research found that the biggest mobile providers are being outshone by their smaller rivals,” said Rocio Concha, Director of Policy and Advocacy at Which. “A provider should not only give you good network reliability but also value for money and customer support when you need it. If customers are out of contract but happy with the service they’re receiving, they should try negotiating a new deal but if all else fails it might be time to switch.”

Helpfully the Which release then provided a link to its own switching service. As you would expect from the findings, MNOs were largely outshone by MNVOs that use their own networks. GiffGaff came first, while Tesco and Sky tied for second, all of which use O2’s network. Smarty, which is owned by Three, also managed joint second, so it must really be knocking it out of the park when it comes to customer service and offers clear lessons for its parent.

Verizon trials 5G mmWave, C-band aggregation, achieves 4.3 Gbps speeds
Mark Zuckerberg Reveals He Owns Bitcoin — But It’s Not What You Think
Facebook to Prompt Users Before Sharing Unread Links to Curb Spread of Fake News
When the Earth is gone, at least the internet will still be working
US Struggles to Transport Fuel After Colonial Pipeline Ransomware Attack Cuts East Coast