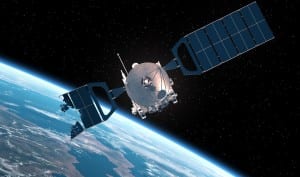 OneWeb, the communications satellite company that investors refuse to give up on, has flogged a quarter of itself to Eutelsat for $550 million.

The UK company’s business model seems to consist of burning through billions of dollars of investors’ cash, then asking for more. When the pandemic meant its previous long-suffering backers finally decided to stop writing cheques, it promptly went bankrupt. The UK government, reasoning that half a billion bucks was a drop in the ocean compared to what it was spending in the pandemic, decided to bail it out and persuade first Bharti Global, then Softbank to get involved too.

Now French satellite player Eutelsat has decided it fancies a piece of Low Earth Orbit action, hence the investment. “We are excited to become a shareholder and partner in OneWeb in the run up to its commercial launch later in the year and to participate in the substantial opportunity represented by the LEO segment within our industry,” said Rodolphe Belmer, Eutelsat’s CEO.

“We are confident in OneWeb’s right-to-win thanks to its earliness to market, priority spectrum rights and evolving, scalable technology. With over 40 years’ expertise in the global satellite industry, we look forward to working alongside the UK Government, Bharti and the other shareholders to open new opportunities and market access to ensure OneWeb maximises its potential.”

“Today’s investment is another giant leap forward for OneWeb in realising their ambition to provide global broadband connectivity around the globe,” said UK Business Secretary Kwasi Kwarteng. “This comes alongside yesterday’s exciting news that a further 36 satellites were launched into space and demonstrates the momentum behind OneWeb and the promising efforts to provide connectivity to some of the world’s most remote places.”

“We are delighted with the investment from Eutelsat, which validates our strategy, technology and commercial approach,” said Neil Masterson, CEO of OneWeb. “We now have 80% of the necessary financing for the Gen 1 fleet, of which nearly 30% is already in space. Eutelsat’s global distribution network advances the market entry opportunities for OneWeb and we look forward to working together to capitalise on the growth opportunity and accelerate the pace of execution.”

Presumably the billions in investment it received before going bust also validated its strategy at the time. If the $1.9 billion in fresh funding OneWeb has got since its bankruptcy still only takes it 80% of the way then it still needs another half a bil to take it over the line. That presumably won’t be a problem as LEO seems to be the sort of thing investors and governments alike just can’t resist.

GSA: 5G device base continues to grow
OneWeb continues Alaska, Arctic push with TrustComm buy
Orange mulls buying back infrastructure assets to boost TOTEM
Getting the IT right for the ‘IoT’ revolution
Google Assistant Sings Vaccine Song to Encourage You to Get COVID-19 Jab