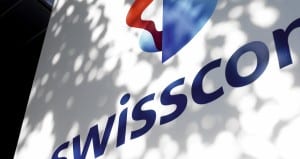 Swisscom and Salt are playing their cards close to their chests when it comes to the financial details of their new FTTH partnership, but it looks to be a good move.

The pair unveiled a partnership deal that will effectively see Salt invest in the build-out of Swisscom’s fibre-to-the-home (FTTH) network, but without actually taking any ownership stake in it. Building on an existing fibre agreement between them, Salt is essentially buying a long-term right to use Swisscom’s fibre. It will be able to operate its own FTTH services through its own physical layer 1 access, which will allow for fully independent network operations.

As Swisscom puts it, Salt is “participating in the high network investments and the associated business risks.” Swisscom remains the owner of the infrastructure though, and continues to be responsible for network planning, expansion and maintenance.

“The fibre-optic partnership with Salt builds on a proven path that Swisscom has been following with collaborations and partnerships for over ten years,” said the Swiss incumbent’s CTIO Christoph Aeschlimann, in a statement, referring to the telco’s history of partnering with energy companies to push forward it fibre build.

“It proves that, regardless of the technology, solutions can be found enabling competitors to make optimal use of the Swisscom network. The bundling of investments ultimately benefits the whole of Switzerland, which is reflected in the excellent international broadband coverage,” Aeschlimann said. Somewhere in there lies the biggest draw for Swisscom: the sharing of the financial burden of fibre rollout.

For Salt, meanwhile, it’s more about extending its reach. In a separate statement the operator declared that the deal will allow it to “gradually become a full-fledged nationwide convergent player” and to significantly increase the reach of its Salt Home product, which combines ultrafast broadband, TV and landline, in the coming years. Specifically, it said this latest partnership with Swisscom will, when combined with previous partnerships and its recently-launched Gigabox – a fixed wireless product that provides home connectivity using 4G and 5G – enable it offer Salt Home nationwide by 2025.

Admittedly, Salt Home’s starting price of 39.95 Swiss francs (around €36) for mobile customers or CHF49.95 for non-Salt mobile customers undercuts Swisscom’s lowest-priced triple-play offer by tens of francs per month, so the deal does indeed bring lower-cost services to more people. And Salt is a Xavier Niel company, so market disruption is in its DNA.

But it is probably wise to bet against a full-scale price war in Switzerland, particularly as we are not privy to the full details of the Swisscom/Salt FTTH partnership.

T-Mobile US bullish on Sprint synergies, 5G progress
Getting the IT right for the ‘IoT’ revolution
Orange tries to put a positive spin on Belgium fiasco
Digital twins: A revolution for site inspection efficiency
India 5G licensing on the back burner