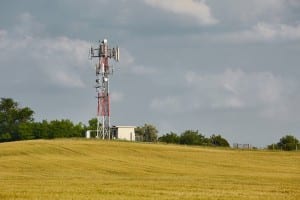 Orange is reportedly considering buying back an infrastructure asset it sold almost two decades ago to boost its recently-created TOTEM towers business.

That’s a surprising development in a world in which telecoms operators are increasingly looking to offload infrastructure or monetise it by bringing in third-party investors, for example. But it also makes sense against that same backdrop: Orange is one of a handful of major players to want to keep control of its towers business with a view to capitalising on the future growth opportunities it affords.

Orange has made it clear that it will seek out both organic and inorganic opportunities for TOTEM; indeed, that is exactly what a spokesperson for the telco told Reuters, which reported this latest infrastructure M&A rumour on Wednesday, citing a report in French magazine L’Express. The telco added that is will examine all opportunities for growth closely, which doesn’t tell us much, but it’s not a denial either.

TDF, or Télédiffusion de France, as it was once known, operates TV and radio towers, mobile sites and fibre infrastructure, and provides related services, via around 19,000 sites, 7,300 of which are actually active. It became a wholly-owned subsidiary of the France Telecom group in 1991, but was offloaded by the company in 2002 as part of a debt-reduction exercise. France Telecom – now known as Orange, of course – sold TDF to a holding company controlled by Charterhouse Capital Development, CDC Ixis Equity Capital and Caisse des Depots, netting around €1.6 billion in the process. It retained a 36% stake the holding company, but offloaded that in 2005.

Also quoting L’Express, French publication Capital puts the value of TDF at €5.9 billion, referring to an internal report from two years ago.

It is probably worth noting that things have changed in this market in the past two years, which could mean that figure is now out-of-date. The renewed investor interest in passive infrastructure, particularly telecoms towers, has seen valuations go through the roof. Whatever the figure attached to TDF though, this is not small change for Orange. And Orange is not the type to throw billions of euros at any asset without careful consideration. So even if this report does come to something, it could be a while before any deal is announced.