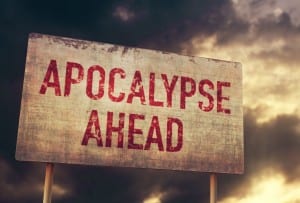 A bunch of media and government sites were offline earlier today following an issue with the Fastly edge cloud platform.

Fastly operates a major content delivery network (CDN), which uses the principles of edge computing to run a bunch of geographically distributed datacenters designed to serve digital content more quickly. Regardless it looks like much of the world was affected some obscure technical issue, albeit for just an hour or two.

We identified a service configuration that triggered disruptions across our POPs globally and have disabled that configuration. Our global network is coming back online. Continued status is available at https://t.co/RIQWX0LWwl

On the surface this is no big drama. Technical hitches happen and Fastly seems to have got to the bottom of it fairly quickly. But the scale of the outage provides another reminder both of how fragile our digital infrastructure is and how little redundancy is built into it. The sites that went offline as a result of the Fastly issue seem to have been entirely dependent on one provider for their entire online presence.

The Verge is publishing through a live Google doc because fastly went down this morning, then this happened. Our whole online information infrastructure is so much more tenuous and ridiculous than we usually consider. https://t.co/dews8SYEWt

This isn’t the first time a public cloud provider has conspired to bring attention to the perils of putting all your eggs into someone else’s basket. Earlier this year AWS unilaterally suspended service to social media site Parler for largely arbitrary reasons that seemed to have more to do with political tribalism than anything else. Now even the UK government was unable to digitally serve its own population for some time.

We are aware of the issues with https://t.co/uLPSBt4jdQ which means that users may not be able to access the site. This is a wider issue affecting a number of other non-government sites. We are investigating this as a matter of urgency.

Barely a day goes by without some cyber incident or other reminding us how exposed we are and yet there’s little sign of redundancy and effective fail safes being build into the digital world. Quite the contrary, in fact, with the current trend being for companies to entrust their entire infrastructure and computing capability to one of a few mega public cloud providers. What if AWS is hit by a similar problem?

There’s really no point in having a distributed Internet if every major player is going to put their infrastructure behind the same proxy. https://t.co/x9jfZl6KOY

Comcast reports another best-ever quarter for wireless adds
Google to End Support for Gmail, YouTube, Drive Account Sign-in on Old Android Phones Soon
Jio, Airtel, Vi No Longer Provide SMS Benefits With Low-Value Prepaid Recharge Plans
What does the UK government’s Telecoms Security Bill mean for the future of the industry?
Failing to Cope With His Fiancee’s Death, This Canadian Writer Brought Her Back as an AI Chatbot: Report