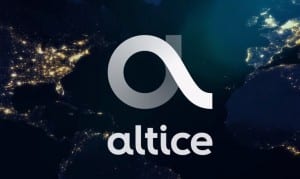 It has been reported that French telecoms conglomerate Altice wants to raise a few euros by selling what’s left of the Portuguese business it acquired in 2014.

The goss comes courtesy of Reuters, whose moles presumably combined their investigations with an early summer holiday. In between Pastéis de Nata washed down with chilled port, they were able to ascertain that Altice Europe is on the hunt for buyers of its Portuguese operations, with Spain’s MasMovil the early bookies’ favourite.

The asking price is thought to be in the region of €6 billion, which reflects the fact that Altice flogged three quarters of its Portuguese towers in 2018. Why getting involved in Portugal was such a great idea in 2014 but is now a rubbish one remains unclear, but perhaps the decision of Alice boss Patrick Drahi to drop two bil on BT shares is a factor.

Drahi seems like one of those oligarch types who just can’t resist dicking about with companies and compulsively rolling the M&A dice. Some rich people are just compulsive shopaholics and don’t know what to do with themselves when they’re not moving the pieces around on the great corporate chess board.

This particular move, if true, doesn’t seem so clever, though. Having failed to seal the deal before making his BT move, Drahi has presumably signalled that he’s now desperate for cash. You would expect the likes of MasMovil to offer menos dinero for the Portuguese remnants as a consequence.