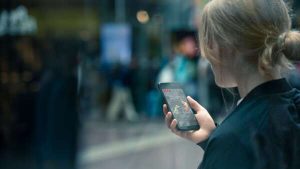 Ericsson and Telia have successfully trialled a new feature that can improve smartphone battery life and lower latency in 5G standalone networks.

The pair worked with Qualcomm to test Radio Resource Control (RRC Inactive), a feature that essentially creates a new inactive state for smartphones, reducing the amount of signalling required as the device transitions from one state to another – states being ‘idle’ or ‘standby’ or ‘ready,’ for example – and thereby reducing both power consumption and time lag.

The companies basically demonstrated a successful transition between a device’s connected state and the inactive state, without the device falling back to its idle state.

They reported a “significant” reduction in both latency and battery consumption, which, they note, are both crucial requirements for many Internet of Things (IoT) and 5G use cases, such as critical control of remote devices, enhanced mobile broadband, and smart transport. As always, when latency is at play, there’s also a more immediate benefit for gamers, particularly when you’re talking cloud gaming with fast multi-player interactions.

Transitioning to the new inactive state reduced access latency by as much as three times during the test, they said.

Providing further colour on the impact on battery life, the companies explained that the shorter latency makes it possible to reduce the device’s inactivity timer – the function that switches it off when it hasn’t been used for a short while – and thereby generate battery savings of up to 30% for the modem. Even though the screen and the electronics that go with it are the most power-hungry elements of a mobile device, implementing the RRC Inactive feature will still result in longer battery life for a 5G smartphone, they said…without quantifying the gain.

“We’re proud to jointly with Telia and Qualcomm Technologies demonstrate a world-first innovative solution that will provide a significant boost in 5G benefits for a better mobile experience,” said Jenny Lindqvist, Head of Ericsson Northern and Central Europe. “This is already a huge milestone in taking 5G technology to the next level, and Radio Resource Control will continue to play a critical role for 5G networks for years to come.”

It certainly seems that the improved latency could make a difference for some use cases. It’s difficult to make a call on the impact of better battery life, since it’s not clear just how much difference it would make for a standard smartphone. But as an add-on benefit, longer battery life is always going to be a good thing.

OnePlus Nord 2 vs Poco F3 GT: Battle of the Affordable Flagships
What does the UK government’s Telecoms Security Bill mean for the future of the industry?
En marcha la subasta española de espectro 5G en los 700 MHz
Friendship Day 2021: Snapchat Launches New Lenses to Help Celebrate With Your Buddies
Are we seeing the beginning of the end of big tech’s good pandemic in Amazon’s quarterly?