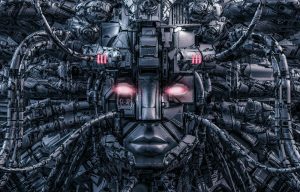 UK operator group Vodafone and Finnish kit vendor Nokia have been mucking about with artificial intelligence to detect network anomalies.

On first inspection this seems like the kind on self-organizing/optimizing network (SON) tech that has been knocking around for years, so it’s not immediately obvious why both companies felt it was worth an announcement. Then again, we’re covering it, aren’t we?

The Anomaly Detection Service autonomously detects if a mobile cell area is showing out of the ordinary behaviour. They say is was co-developed but it’s mainly Nokia tech. Vodafone seems to see this as an opportunity to go on about how much it cares about its customers, or something. Once active, Vodafone expects it to help it achieve its aim of automatically detecting and addressing (not fixing?) 80 per cent of all anomalous mobile network issues and capacity demands.

“We are building an automated and programmable network that can respond quickly to our customers’ needs,” said Vodafone CTO Johan Wibergh. “As we extend 5G across Europe, it is important to match the speed and responsiveness of this new technology with a great service. With machine learning, we can ensure a consistently high-quality performance that is as smart as the technology behind it.”

Inevitably the whole thing will run in a public cloud, Google’s in this case. At least Vodafone is mixing up its public cloud partners a bit. Intriguingly the Vodafone press release makes no reference to Google, preferring instead to insist it’s being deployed on its own cloud. Perhaps it didn’t want to ruffle AWS’s feathers or something, but Nokia wasn’t bothered.

“We are thrilled to partner with Nokia and Vodafone to deliver a data and AI-driven solution that scales quickly and leverages automation to increase cost efficiency and ensures seamless customer experiences across Europe,” said Amol Phadke, MD, Telecom Industry Solutions, Google Cloud. “As behaviours change and the data needed for analysis increases in velocity, volume, and complexity, automation and a cloud-based data platform are now key in making fast and informed decisions.”

Maybe Vodafone took one look at the generic cloud gibberish in the above canned quote and decided it couldn’t stomach letting Google get involved in the press release, which is fair enough. It’s still not obvious what special innovation is contained within this announcement, but at least Vodafone customers can now rest assured that it’s striving to address four fifths of its network issues.