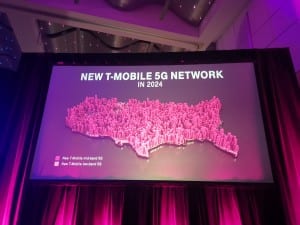 T-Mobile USA reported a strong Q2, which the company attributed to growth of its subscriber base, outgrowing its direct competitors AT&T and Verizon.

T-Mobile USA reported that it added 1.3 million postpaid wireless customers, including 627,000 postpaid phone users. This addition is slightly smaller than AT&T’s 789,000 but way ahead of the 275,000 new postpaid phones uses gained by Verizon in the same quarter.

This is not the first time we have heard T-Mobile attributing strong business performance to subscriber base growth, especially after the Sprint merger came through. T-Mobile expected to see the subs growth momentum continue, resulting in a raised guidance for the full year 2021. The operator now expects postpaid net customer additions to be between 5.0 million and 5.3 million, up from its prior guidance of 4.4 million to 4.9 million.

“Stellar postpaid customer gains and industry-leading service revenue growth translated into industry-best growth in profitability and cash flow, and drove another beat and raise quarter – all fueled by unprecedented synergies that only T-Mobile can deliver,” Mike Sievert, T-Mobile’s CEO, said in the announcement. “As we capitalize on our 5G leadership, it’s increasingly clear that our unmatched network, outstanding value and customer-centric experiences are setting the Un-carrier apart from everyone else.”

In addition to bringing its customer base to the merged new T-Mobile, the mid-band spectrum in Sprint’s possession has proved valuable, giving T-Mobile a first mover’s advantage in rolling out 5G on C-band before AT&T and Verizon getting their share of the spoils through the C-band auction at the beginning of the year.

Dubbed “Ultra Capacity 5G” by T-Mobile, 5G on mid-band is covering 165 million people in the U.S now “with average speeds of 350 Mbps”, and the operator targets to cover 200 million people by the end of the year. The operator’s 5G network on lower band is already covering “305 million people and 1.7 million square miles — more geographic coverage than Verizon and AT&T combined”, T-Mobile reminds us.