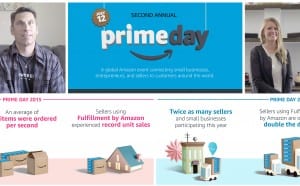 Amazon has delivered another solid quarter, but the numbers fell short of market expectations. When looked together with the latest financial results from other big tech companies, it is tempting to ask if the pandemic bonus is coming to an end.

There’s no doubt that the big techs have had a very good pandemic. Lockdowns and work-from-home orders have driven up both consumers’ spending on digital life and corporates’ spending on IT infrastructure, from which companies like Microsoft, Google, and Amazon, as well as Apple and Netflix, among others, have benefited handsomely. However, as many parts of the world slowly but surely move out of lockdown mode, the push from pandemic is showing signs of waning.

The latest results and near-term guidance announced by Amazon and the subsequent market reactions seem to have made such suspicion look more plausible. The e-commerce and cloud giant reported more than $100 billion quarterly sales revenue for the third time in a row, reaching $113 in Q2, a 27% increase y-o-y. Both operating income and net income have registered healthy growth, up by 32% and 48% respectively.

So the headline numbers looked good. Andy Jassy, Amazon’s CEO, fully recognised the positive impact of the pandemic on the company’s fortunes. “Over the past 18 months, our consumer business has been called on to deliver an unprecedented number of items, including PPE, food, and other products that helped communities around the world cope with the difficult circumstances of the pandemic,” Jassy was quoted in the Amazon announcement. “At the same time, AWS has helped so many businesses and governments maintain business continuity, and we’ve seen AWS growth reaccelerate as more companies bring forward plans to transform their businesses and move to the cloud.” 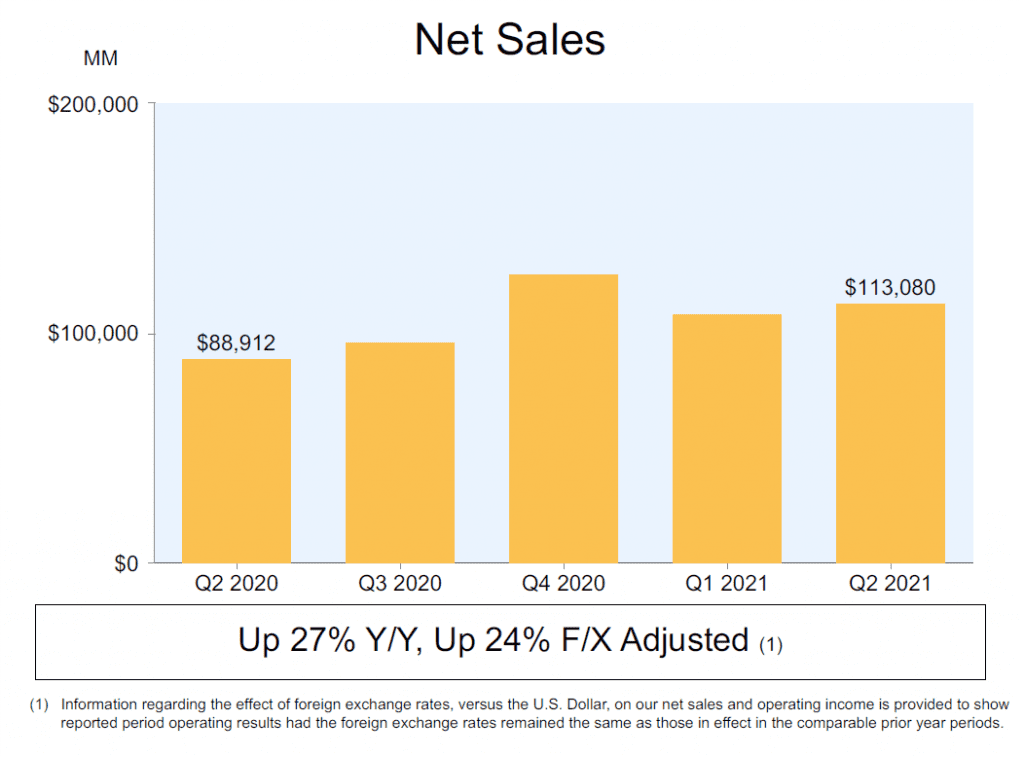 However there have appeared a few signs of growth losing momentum. Free cashflow over the last 12 months (or TTM, “trailing twelve-month”, in Amazon parlance) came down by 62% y-o-y. In both the International and AWS business units, operating income increased slower than net sales growth, indicating pressure from increased cost.

Probably the clearest warning sign came from Amazon’s forward guidance. For Q3 the company guides to a more modest 10-16% y-o-y growth in net sales, and a decline in operating profit (between $2.5 billion and $6.0 billion, versus $6.2 billion in Q3 2020). The financial market duly reacted, driving Amazon’s share price down by 7% in after-hour trading.

Brian Olsavsky, Amazon’s CFO, attributed the expected slow-down to the weakening online shopping momentum as more brick and mortar shops are reopening, and the rising labour cost. Amazon’s online store sales grew by 16% y-o-y, despite that it had brought forward the annual Prime Day event, which normally falls in Q3. 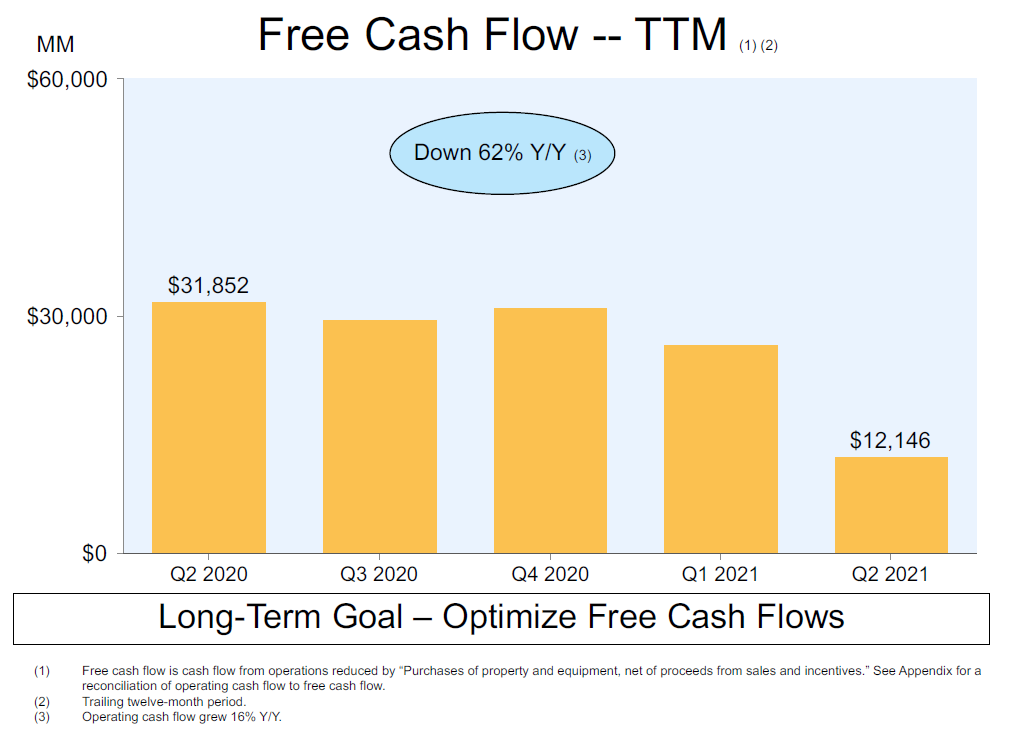 But Amazon isn’t the only tech giants that have reported results below expectations. Microsoft Azure, despite delivering the best quarter, showed a minor sequential decline in growth rate, while Xbox sales went down. Its share price was depressed. Netflix added 1.5 million members in the last quarter, compared with 10 million it acquired in the same quarter a year ago. The company saw its share price going down.

Depending on the type of exposure to the pandemic effect, these companies and other tech giants, are going to feel the easing of lockdown and reopening of economy differently. The companies exposed to the consumer markets, for example Amazon’s e-commerce business, Netflix, Apple, the question is how sustainable the vastly increased demand for digital consumption can be. For those that are more exposed to the corporate market, Amazon’s AWS, Azure, and Google Cloud, the question is how long the IT spending spree can last. For many companies the upgrade and migration plans may have been brought forward to cater for the changed demand of remote working, which potentially could mean their IT spending for the coming years would be less aggressive. To put the two questions together, it may do no harm if the tech companies and the tech world to expect a more normalised post-Covid growth scenario.

There are also other factors that may dampen the growth of the big tech companies. Semiconductor shortage has been highlighted by Apple that could impact the delivery of the next generation iPhone, while the new privacy policy in the new iOS would pose a threat to Facebook’s business model, which contributed to the depressing of its share price despite a strong quarter.