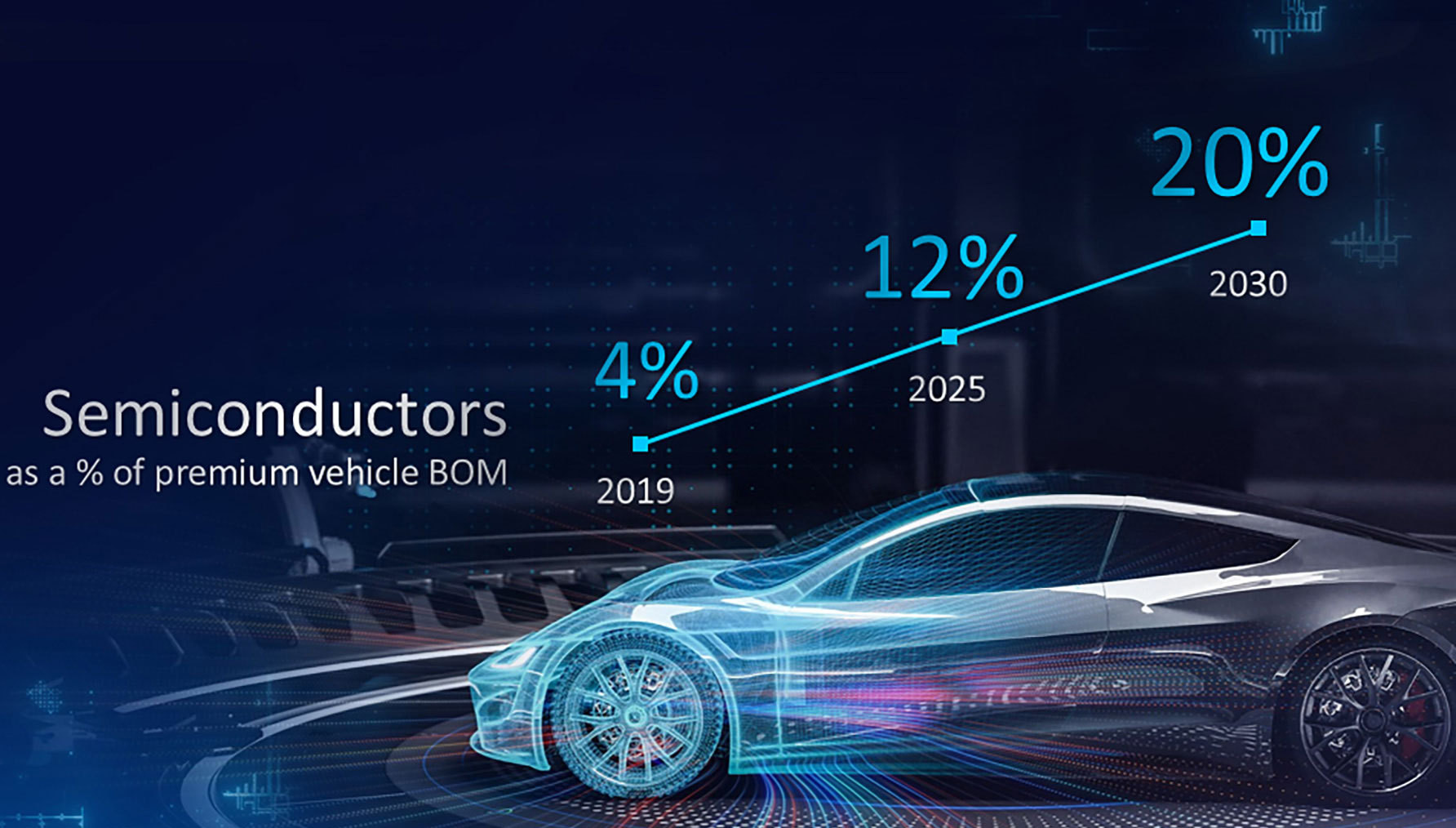 Pat Gelsinger, CEO of US chip giant Intel, sees massive growth in the automotive chip market and wants to invest heavily in Europe to meet it.

The pronouncement came in a keynote Gelsinger delivered at the IAA Mobility trade show in Germany. His headline datapoint was a forecast that a fifth of the total bill of materials (BOM – the total cost of all stuff used to build it) in a new ‘premium’ vehicle will be accounted for by semiconductors. That compares with just 4% in 2019 and will account for 11% of the total silicon market.

“This new era of sustained demand for semiconductors needs bold, big thinking,” said Gelsinger. “As CEO of Intel, I have the great privilege to be in a position to marshal the energies of 116,000 employees and a massive chip-design and manufacturing ecosystem, to meet the demand.”

The focus of Intel’s investment in Europe will be a couple of new ‘leading edge’ fabs. It’s not clear from that description whether that means Intel will be aiming for the very latest manufacturing nodes, but a lot of the chips in even premium cars probably don’t need them as there’s more space available than in mobile devices.

Because the setting, Gelsinger mainly banged on about automotive in his keynote, which you can watch here if you’re into that sort of thing, but Intel’s European ambitions presumably extend into other sectors such as networking. Some media have characterised his statement as pledging to blow €80 billion on one fab, but all he said was that plans for investment could reach that figure over then next decade.