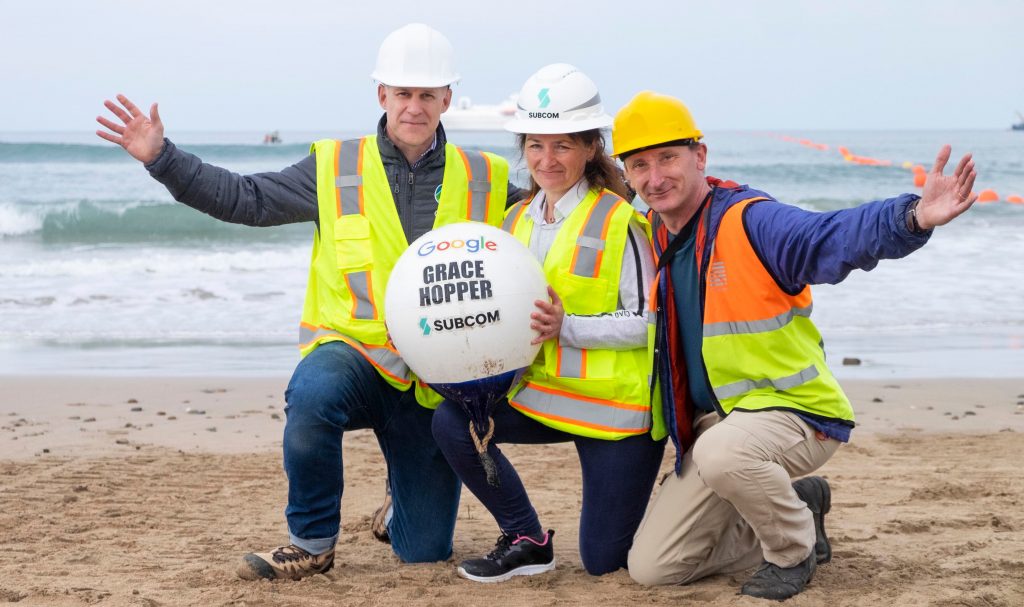 US internet giant Google has finished laying an undersea cable that runs from New York to Bude in Cornwall and Bilbao, Spain.

The big moment was announced in a Google Cloud blog that features a somewhat redundant map of the North Atlantic with lines drawn from New York to Bude and Bilbao, in case you were wondering what route the cable took. It’s even got a name – Grace Hopper – in recognition of a pioneering American computer scientist.

“As our first Google-funded cable to the UK, Grace Hopper is part of our ongoing investment in the country, supporting users who rely on our products and customers using our tools to grow their business,” said the blog. Why do commercial companies insist on framing their investments as acts of philanthropy? Google laid the cable so it could flog more cloud stuff to UK customers. Why not just say so?

The blog goes on to labour the point of how important the tech sector is to the UK economy. “With this in mind, improving the diversity and resilience of Google’s network is crucial to our ability to continue supporting one of the UK’s most vital sectors, as well as its long-term economic success,” persists the blog. Sigh.

Anyway, of course it’s good to have a new 16-fibre pair undersea cable connecting us with the world’s biggest economy, but if all it does is improve Google Cloud services then it may fall short of sparking a new tech sector renaissance in this country. Unless Google’s philanthropic urges run to letting other companies play with its toys, that is.