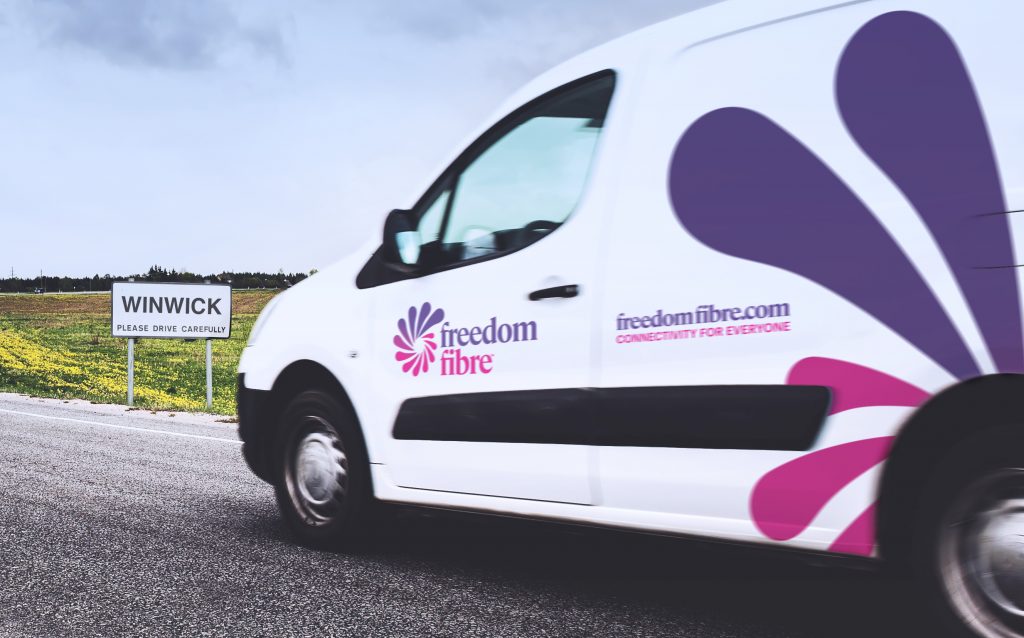 Freedom Fibre, one of the new kids on the block in the UK full fibre market, has secured its second major equity injection to help it connect tens of thousands of homes over the coming year.

The company, which began operations as recently as March this year, said the new capital injection will enable it to roll out fibre-to-the-premises (FTTP) to 50,000 homes by mid-2022. It did not provide a huge amount of detail on the equity injection, other than to say that it expects to end the year with £30 million of capital as part of its ongoing scaling up plan.

Make no mistake, the company is a minnow, at least for now. It said it anticipates bringing in further funding for growth in the second half of next year, but we’re still talking a fairly small outfit. Its target market is the North West of England, and announcements to date have seen it talk up fibre deployments – or more accurately, planned fibre deployments – in villages including Culcheth, Croft and Winwick.

But Freedom Fibre is one of the growing patchwork of fibre builders in the UK, fibring up the country one small community at a time. The Independent Networks Cooperative Association (INCA), a UK altnet body, announced an influx of 32 new members in the first half of this year, driven by growth in full fibre rollout. Freedom Fibre was one of the new names on the list, incidentally, while INCA also namechecked Borderlink Broadband, Giganet, Spring Fibre, Save9, Toob and F&W Networks.

Whether they and the UK’s myriad other fibre builders will all be in it for the long term remains to be seen; some surely have exit strategies, particularly given the booming popularity of infrastructure assets among the investment community. But for now, more small players equals more fibre rollout in the country, even if some of those players have very few connections.

Freedom Fibre is playing its cards close to its chest when it comes to end-users. It has connected its first customers in Culcheth, where it covers 5,000 homes, with other villages due to follow in the autumn and winter. It clearly does not have more than a handful of live customers on its network.

But it’s not up to Freedom Fibre to bring in the customers. The firm is a wholesale operator, although it seems to prefer B2B2C, and is on the lookout for retail ISP partners.

It has already inked a deal with Talk Talk Telecom, which is being pitched as a way to enable the latter to offer ultra-fast broadband services to consumers in semi-urban areas, of which there are many in the North West. It aims to add more retail partners as it grows.

Freedom Fibre says it is on track to cover 12,000 homes by the end of this year, which, given take-up rates in the UK, does not offer a potential ISP partner a huge base to work from. But if it keeps adding connections and bringing in funding to enable it to do so, Freedom Fibre could become a useful wholesaler partner.