Ericsson’s latest Mobility Report update, which has its customary nose around the telecoms sector and throws up various statistics as to how the industry is performing, states that total number of 5G subscriptions globally reached 690 million by the end of the Q2 2022. By now it estimates 218 providers have launched commercial 5G services and 24 have launched 5G standalone (SA) networks.

We’re told 4G subscriptions increased by 77 million in Q2 to around 5 billion in total, now representing 60 percent of all mobile subscriptions, while WCDMA/HSPA subscriptions declined by 41 million.

China clocked the most new most new subscriptions during the quarter, with a 10 million bump, followed by India with seven million and Indonesia with 4 million.

There were also some stats as part of the update tracking mobile network traffic during the quarter. Data traffic jumped 39% YoY, and 8% compared to Q1 2022. In total, we’re told monthly global mobile network data traffic reached 100EB – which presumably is an average figure.

“Over the long term, traffic growth is driven by both the rising number of smartphone subscriptions and an increasing average data volume per subscription, fuelled primarily by increased viewing of video content. There are large differences in traffic levels between markets, regions and service providers,” states the report. 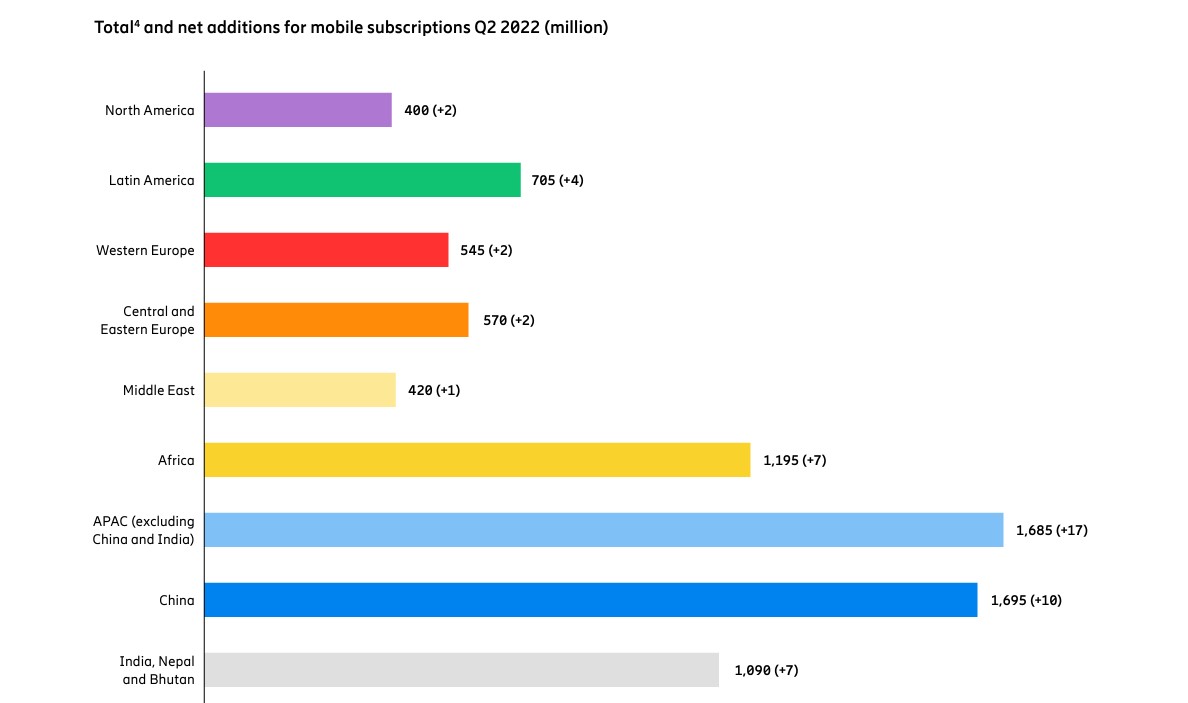 Intel Processor will replace Pentium and Celeron in 2023 laptops

Evolving 5G Security for the Cloud